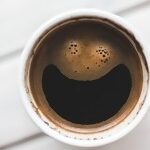 When Professor McGonagall went to visit Harry Watson, son of Mr. Sherlock Holmes and Dr. Watson, to deliver his Hogwarts letter, she was in the mindset of performing a familiar if stressful annual routine. Consequently, she was not prepared to find Harry Potter at 221B Baker Street.

Harry is adopted by Sherlock Holmes and John Watson, it’s a difficult story to relay. Sherlock in the story is only 60% there in what I would imagine him being in either the tv series or the movie, but alas it is fanfiction, so some leeway must be given.

Harry Potter is neither portraied as Over Powered, or extremely intelligent, there is hints of trauma, greater than even the original story, but this story does not dive very much into it. John Watson is a woman, which is prevelant throughout the story but doesn’t really affect the story at all, it’s only some extra flavor for the story.

The story is split in two, with the 2.nd “book” being about the war with voldemort.

At times the book was difficult to continue since it was a some points a bit boring to read, and at others exciting. In my opinion the story would have been better of, if Harry would have had a greater intellect, and proper tutelage from Sherlock, instead of a Harry that happens to have been raised with Sherlock.

The end seems to speed to the finish, there is no truly epic finish, it just peters out in the end, leaving you unsatisfied.

Would I recommend it? Not really, there are many greater fanfictions out there, but if you can’t find anything else, and have som spare time? Sure, go ahead.

Want to read of more fantictions ? Check out my top list here

Opt-out complete; your visits to this website will not be recorded by the Web Analytics tool. Note that if you clear your cookies, delete the opt-out cookie, or if you change computers or Web browsers, you will need to perform the opt-out procedure again.

You may choose to prevent this website from aggregating and analyzing the actions you take here. Doing so will protect your privacy, but will also prevent the owner from learning from your actions and creating a better experience for you and other users.

The tracking opt-out feature requires cookies to be enabled.